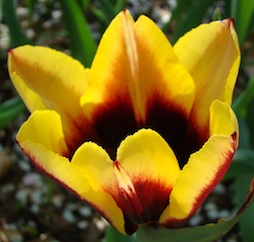 The psalmist of Psalm Two gives us the unique perspective of viewing God, sitting upon His throne, looking down upon the kingdoms of this earth. What does God see?

God sees the kings of the earth, setting themselves against Him and His Anointed, the Lord Jesus Christ? He sees their vain plotting, shaping this world as they would, breaking the bonds of His control upon them.

Could this really be the state of the kings of the earth in our day? Do they not want what is best for man? Do they actually seek to thwart God and His rule over them, or do they even believe God exists?

How relevant, then, is Psalm Two to us in the 21st century? The amazing thing is that this Psalm, which was written over 2000 years ago, is even more relevant in our day than in the time the psalmist penned these words! Writing what was given Him by the Holy Spirit, the psalmist's words are even more important for the rulers of our day than ever. Was there ever a time when it was more needful for the rulers of the earth to look to God?

Remember, that Psalm Two was written hundreds of years before the birth of Christ. God's Anointed had not yet even set foot upon this earth as Jesus, the Son of God and Son of Man.

Even countries such as the United States, whose laws were founded upon Biblical principles, seem to be rushing quickly away from the Word and Law of God. Under the guise of separation of church and state, our government is slowing eroding away the Biblical foundations of this nation.

Is there no hope for the kingdoms of this world? Yes, there is hope. It is for this very reason that God has ordained that Psalms such as Psalm Two are included in His Holy Word. In verses 10 through 12, the psalmist urges the rulers of this earth to serve the Lord with fear, and rejoice with trembling.

As we read through this psalm we see that God has given the nations of this world to Christ as His inheritance. What does that mean, and how does that affect us?

God sees the earth from its beginning to its end, not from some vantage point in middle like we have. All the plotting of the men of this earth is truly plotting in vain, for in the end, Christ will rule, and all will bow down before Him. Thus the rulers are called now to serve the Lord, for without the Lord they have no hope.

What about us as individuals? How does Psalm Two apply to us? Like the kings of the earth, we are called to love and serve the Lord Jesus Christ. Left hopelessly condemned before God, after the sins of Adam and Even, we look to Christ as the only One who can restore us to fellowship with God the Father.

We, too, are called to be wise, and to serve the Lord with fear, and rejoice with trembling. Now is the time; now is the acceptable day of salvation. In Christ is the hope and Light for all who come to Him.

However, that day will not last forever. For those who do not respond to God's call of salvation, God's wrath will separate them from Him forever!

May you read the words of Psalm Two, verse 12 again, and make them your new motto for life.

...the Lord does not see as man sees; for man looks at the outward appearance, but the Lord looks at the heart. 1 Samuel 16:7b


Next: Psalm 3, Salvation Belongs to the Lord