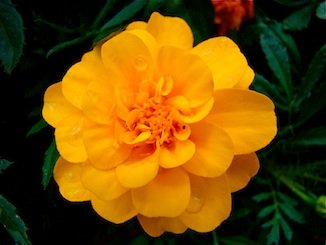 A Bible Devotion from Psalm 133

This Psalm is filled with the pleasantness of Christian unity; unfortunately, we tend to see more disunity in the church. The Psalmist says that unity is both good and pleasant. What is meant by brothers in verse 1? The word brothers here is not talking about brothers in the flesh, but rather brothers in the Spirit. In some churches this relationship is acknowledged by calling each other Brother John or Sister Susan. Because our world is filled with sin - even in the church, Satan loves to attack the unity of the church. The complete unity that the Psalmist alludes to will be found perfectly when we reach heaven. This Song of Ascents is particularly noteworthy to the Jews returning to Zion, because it is sin and disunity that eventually led to their captivity.


What is the significance of verse 2? Verse one dealt with unity being good and pleasant, while verse 2 deals with unity being precious. Spurgeon in Treasury of David said, What a sacred thing must brotherly love be when it can be likened to an oil which must never be poured on any man but on the Lord's high priest alone! Not only is it precious, but it runs down Aaron's beard, meaning it is diffused to all of the people, even the lowliest of the household. True Christian love knows no limits, and is at the heart of Christian service. One sign of a church dwelling in unity is often an outpouring of love to the needs of the entire community.


"Unlike most other mountains which gradually rise from lofty table lands and often at a distance from the sea, Hermon starts at once to the height of nearly ten thousand feet, from a platform scarcely above the sea level. This platform, to 'the upper Jordan valley, and marshes of Merom' is for the most part an impenetrable swamp of unknown depth, whence the seething vapour, under the rays of an almost tropical sun, is constantly ascending into the upper atmosphere during the day. The vapour, coming in contact with the snowy sides of the mountain, is rapidly congealed, and is precipitated in the evening in the form of a dew, the most copious we ever experienced. It penetrated everywhere, and saturated everything. The floor of our tent was soaked, our bed was covered with it, our guns were dripping, and dewdrops hung about everywhere. No wonder that the foot of Hermon is clad with orchards and gardens of such marvelous fertility in this land of droughts.” Henry Baker Tristram, 1867.


Psalm 133 ends with the glorious conclusion, For there the Lord has commanded the blessing, life forevermore.


Pray that God will give you unity among fellow believers as well as the blessing of life forevermore.

Another Devotion on the 133rd Psalm from my blog, Daily Bible Devotions.

A Video Devotion from Psalm 133