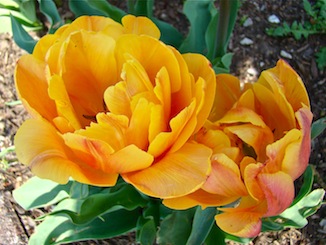 From the Prayer of Manasseh we are reminded that it is not uncommon for us to call out to God for help when troubles seem to overpower us, and then to forget our promises to God when everything returns to normal.

1 Manasseh was twelve years old when he began to reign, and he reigned fifty and five years in Jerusalem: 2 But did that which was evil in the sight of the LORD, like unto the abominations of the heathen, whom the LORD had cast out before the children of Israel.

9 So Manasseh made Judah and the inhabitants of Jerusalem to err, and to do worse than the heathen, whom the LORD had destroyed before the children of Israel. 10 And the LORD spake to Manasseh, and to his people: but they would not hearken. 11 Wherefore the LORD brought upon them the captains of the host of the king of Assyria, which took Manasseh among the thorns, and bound him with fetters, and carried him to Babylon. 12 And when he was in affliction, he besought the LORD his God, and humbled himself greatly before the God of his fathers, 13 And prayed unto him: and he was intreated of him, and heard his supplication, and brought him again to Jerusalem into his kingdom. Then Manasseh knew that the LORD he was God.

The answered prayer of Manasseh provides us with an inside view of the power God has on one of the most wicked kings of Judah. For those who struggle with the conception of being too evil for God to save them, 2 Chronicles 33 offers hope that God alone has the power to save even the most wicked.

Verses 3-8 of 2 Chronicles 33 give specific details of the sins of Manasseh which brought upon him the wrath of God. Even though God spoke to Manasseh and his people, they would not listen to His entreaties to change their ways. God then allowed the king of Assyria to overpower Manasseh, bringing him to Babylon; in the prayer of Manasseh during his captivity, he finally submitted himself to God, crying out to Him for help.

Because Manasseh humbled himself before God, he was again restored to his throne in Jerusalem. It is not uncommon for us to call out to God for help when troubles seem to overpower us, and then to forget our promises to God when everything returns to normal. This, however, is not the case with Manasseh. Verses 15 and 16 reveal to us the change of heart and life upon Manasseh when he humbled himself before God.

The answered prayer of Manasseh provides a wonderful lesson to us of the power of God in the life of each person who humbles himself before God. Are we too wicked to ask for salvation from God? No! Manasseh's conversion was not just a simplistic means to get out of trouble; it was a complete change of heart and life.

There is none righteous, no not one. (Romans 3:10) All have sinned and come short of the glory of God. (Romans 3:23) None of us are more righteous than Manasseh; as with the prayer of Manasseh, the only way to God is by humbling ourselves before God, acknowledging our total unworthiness, and accepting the payment for our sins by Christ through His death on the cross.

Come to Christ today! Seek ye the LORD while he may be found, call ye upon him while he is near. Isaiah 55:6