Jezebel from the Bible 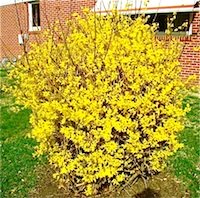 A teen devotion on Beauty in the Bible using Jezebel from the Bible
Was using makeup her sin?

For so it was, ... Jezebel massacred the prophets of the Lord

And Ahab told Jezebel all that Elijah had done, also how he had executed all the prophets (of Baal)with the sword. Then Jezebel sent a messenger to Elijah, saying, “So let the gods do to me, and more also, if I do not make your life as the life of one of them by tomorrow about this time.”

And it came to pass after these things that Naboth the Jezreelite had a vineyard which was in Jezreel, next to the palace of Ahab king of Samaria. So Ahab spoke to Naboth, saying, “Give me your vineyard, that I may have it for a vegetable garden, because it is near, next to my house; and for it I will give you a vineyard better than it. Or, if it seems good to you, I will give you its worth in money.

”But Naboth said to Ahab, “The LORD forbid that I should give the inheritance of my fathers to you!”

So Ahab went into his house sullen and displeased because of the word which Naboth the Jezreelite had spoken to him; for he had said, “I will not give you the inheritance of my fathers.” And he lay down on his bed, and turned away his face, and would eat no food.

”Then Jezebel his wife said to him, “You now exercise authority over Israel! Arise, eat food, and let your heart be cheerful; I will give you the vineyard of Naboth the Jezreelite.

”And she wrote letters in Ahab’s name, sealed them with his seal, and sent the letters to the elders and the nobles who were dwelling in the city with Naboth. She wrote in the letters, saying, Proclaim a fast, and seat Naboth with high honor among the people; and seat two men, scoundrels, before him to bear witness against him, saying, “You have blasphemed God and the king.” Then take him out, and stone him, that he may die. So the men of his city, the elders and nobles who were inhabitants of his city, did as Jezebel had sent to them, as it was written in the letters which she had sent to them. They proclaimed a fast, and seated Naboth with high honor among the people. And two men, scoundrels, came in and sat before him; and the scoundrels witnessed against him, against Naboth, in the presence of the people, saying, “Naboth has blasphemed God and the king!” Then they took him outside the city and stoned him with stones, so that he died. Then they sent to Jezebel, saying, “Naboth has been stoned and is dead.”

Jezebel from the Bible
Her real sin

Some Christians use Jezebel from the Bible to prove that it is wrong to wear makeup. Wearing makeup or not is a Christian liberty, meaning the Bible never says “Do not wear makeup” or “you must wear makeup.” God permits either side of the argument; whatever side of the issue you choose, you are not to look down upon someone of the opposite persuasion.

Having aired that issue, let’s look more at Jezebel from the Bible herself. Queen Jezebel was the wife of King Ahab, one of the wicked kings of Israel. According to the Bible passages above, Jezebel from the Bible did three things. 1. She massacred the prophets of the Lord. 2. She sent a “death” note to Elijah after he had killed the prophets of Baal. 3. She was responsible for the murder of Naboth so that her husband could steal Naboth’s vineyard.

Jezebel from the Bible
and Naboth's Vineyard

The story of Naboth and his vineyard has always fascinated me; it really gives a view of the inner workings of Jezebel’s wicked heart. Here’s a summary of the story:

Naboth had a vineyard right next to the palace of Ahab the King of Samaria. He decided it would be the perfect place to put his vegetable garden. So, Ahab went to Naboth and offered to buy the vineyard at a fair price. During this time period, a man received as his inheritance his land, which was passed down through the eldest son of each family. As such, a man would lose his “birthright” if he sold his land to another person. Naboth, therefore, refused.

Jezebel from the Bible
and Ahab

Now King Ahab was very unhappy, so he went home pouting all the way. Seeing his long face, Queen Jezebel asked what had happened. Upon hearing the refusal of Naboth, she said, “Why you are the king. You can have whatever you want. Just don’t worry about it any more; I will take care of it for you.” 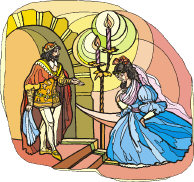 Jezebel from the Bible
Plotting the death of Naboth

Take care of it, she did! At the word of Jezebel, Naboth was given a place of high honor among his people. Two scoundrels then came forward saying that Naboth had blasphemed God (a sin punishable by death). The men of the city then took Naboth outside the city and stoned him with stones so that he died.

Queen Jezebel went to Ahab and told him that Naboth was dead, so he was free to steal the vineyard from Naboth.

Jezebel from the Bible
The sin of Deception

Deception seems to be a prevalent temptation among teens. (I had the same problem in my teen years.) We don’t exactly lie; we just bend the truth a little. Deception at any level is a very serious sin against God as well as the people around us. It is better not to say anything at all if we simply are not able to divulge the truth.

Jezebel from the Bible
The sin of Murder

In addition to deception, Jezebel was a murderer, both of the prophets of God and of Naboth. She also intended to murder Elijah, but God intervened. Let’s take the story of Jezebel and learn the real lessons that it teaches. It is very important that we don’t add meanings to the text that are not there. It was Jezebel’s heart that was the problem and not her face!

Jezebel from the Bible
Lessons for us to Learn

Pray that God will help you as teens live a pure and truthful life before God. And, remember, true beauty is in the heart. Without a heart relationship with Christ, there is no real beauty. The outward beauty we see passes away with time. I remember once an actress; in her 60’s lament the passing of time as her enemy. If all you have is outward beauty, time is indeed your enemy as your outward beauty WILL pass away! Seek, by God’s grace the inner manna of the heart.

Jezebel from the Bible