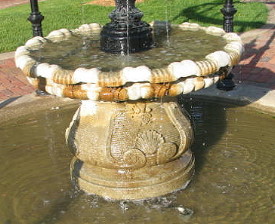 The Faith of Noah is a Bible devotion for women
from a series of devotions from Hebrews 11
entitled the Lonely Road of Faith.

By faith Noah, being warned of God of things not seen as yet, moved with fear, prepared an ark to the saving of his house; by the which he condemned the world, and became heir of the righteousness which is by faith.

5And God saw that the wickedness of man was great in the earth, and that every imagination of the thoughts of his heart was only evil continually.

6And it repented the LORD that he had made man on the earth, and it grieved him at his heart.

7And the LORD said, I will destroy man whom I have created from the face of the earth; both man, and beast, and the creeping thing, and the fowls of the air; for it repenteth me that I have made them.

And spared not the old world, but saved Noah the eighth person, a preacher of righteousness, bringing in the flood upon the world of the ungodly.
2 Peter 2:5, KJV

The story of the faith of Noah and the building of the ark is one of the most well known stories of the Bible. Though many would deny that God sent a world wide flood, it is interesting that all cultures scattered throughout the world tell of a time when the earth was covered with a flood.

Hebrews 11:7 is a very interesting verse. By faith Noah, being warned of God of things not seen as yet, moved with fear, prepared an ark to the saving of his house; by the which he condemned the world, and became heir of the righteousness which is by faith.

Christianity is a religion of faith. God warned Noah of what He was about to do; not wavering, Noah responded in faith and built the ark. He was jeered and mocked by the wicked people around him, and was surely considered to be a fool. Sound familiar?

In this cynical time it is hard for people to believe what they can not see, and yet the Bible does not need supporting evidence to verify its truth. By faith Noah built the ark; by faith we must live and walk in this world. Hebrews 11:6 tells us: But without faith it is impossible to please him: for he that cometh to God must believe that he is, and that he is a rewarder of them that diligently seek him.

Pray that God would fill you with the faith of Noah, that you may, in faith, go about living your life to the glory of God choosing to please God rather than men.