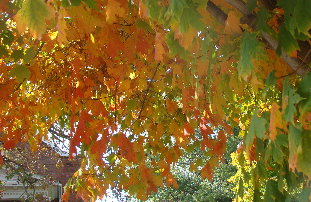 Faith of Jacob is a part of a series of Devotions on Hebrews 11 called the Lonely Road of Faith.

21 By faith Jacob, when he was a dying, blessed both the sons of Joseph; and worshipped, leaning upon the top of his staff.
Hebrews 11:21

9 And Joseph said unto his father, They are my sons, whom God hath given me in this place. And he said, Bring them, I pray thee, unto me, and I will bless them.

10 Now the eyes of Israel were dim for age, so that he could not see. And he brought them near unto him; and he kissed them, and embraced them.

17 And when Joseph saw that his father laid his right hand upon the head of Ephraim, it displeased him: and he held up his father's hand, to remove it from Ephraim's head unto Manasseh's head.

18 And Joseph said unto his father, Not so, my father: for this is the firstborn; put thy right hand upon his head. 19 And his father refused, and said, I know it, my son, I know it: he also shall become a people, and he also shall be great: but truly his younger brother shall be greater than he, and his seed shall become a multitude of nations.
Genesis 48:9-10, 13-14, & 17-19

The Faith of Jacob, sometimes called Israel in the passage above, is noteworthy when he blessed the two sons of Joseph, Ephraim and Manasseh. According to tradition, the younger son should serve the eldest son; Jacob, of course, was well aware of this. Remember how he deceived his father, Isaac, so that he would receive the blessing that should have gone to Esau.

Joseph, therefore, had placed Manasseh at Jacob's right hand and Ephraim at his left hand. Jacob crossed his hands and placed his right hand on Ephraim, the youngest, and his left hand on Manasseh. Joseph was displeased.

And when Joseph saw that his father laid his right hand upon the head of Ephraim, it displeased him: and he held up his father's hand, to remove it from Ephraim's head unto Manasseh's head. And Joseph said unto his father, Not so, my father: for this is the firstborn; put thy right hand upon his head.

What is the lesson for us as we consider the faith of Jacob displayed in these verses? God's Word always supersedes the traditions of man. This is something that we really need to consider, especially in our Christian walk today.

For several years I attended church in one particular denomination; having moved to several different states during that time, I noticed that though they all professed the same doctrine, their interpretations were often quite different. Much of the way they interpreted the Bible was influenced by the traditions of that area.

It is so very important that we read the Bible without adding our own Do's and Don'ts to it. We are called to be obedient to God's Word, something which none of us can do perfectly. It is only through the shed blood of Christ that we have any standing before God.

Christ hated the Pharisee's who added several traditions of their own to the requirements of living faithfully to God. Praise God, there is perfect freedom for the Christian to be obedient to God without being encumbered by the personal traditions of men.

Learn and study the Bible and pray that God would faithfully guide you in your understanding so that you might faithfully serve Him all the days of your life and exhibit the faith of Jacob.

Do You Like My Site?
You Can Do It Too!