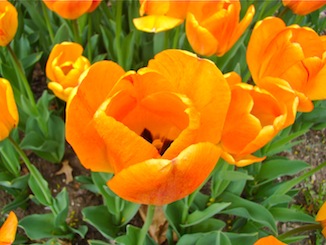 A devotional about Elijah and Widow of Zarephath who was a single mother and showed great faith in God during a time of severe famine. At the risk of her and her son starving to death, she obeyed God and first made food for Elijah.

And she went and did as Elijah said. And she and he and her household ate for many days. The jar of flour was not spent, neither did the jug of oil become empty, according to the word of the LORD that he spoke by Elijah. The bin of flour was not used up, nor did the jar of oil run dry, according to the word of the Lord which He spoke by Elijah.
Elijah and Widow Zarephath from 1 Kings 17:8-16

Elijah and Widow of Zarephath

In this story of Elijah and Widow of Zarephath, which takes place during the reign of Ahab, a king of Israel, there was a great famine in the land. Elijah, a prophet of God had been hiding from Ahab, who was trying to kill him. The famine was so severe that Elijah did not have any food or water. The Lord appeared to Elijah and said. “Arise, go to Zarephath, which belongs to Sidon, and dwell there. I have commanded a widow there to provide for you.”

Elijah obeyed God and went to Zerephath. When he came to the gate of the city, he found a widow there gathering sticks. Elijah called to her and said,”Please bring me a little water in a cup; that I may drink.” As she was going away to get the water, he called after her, saying, “Please bring me a morsel of bread in your hand.”

Elijah and Widow of Zarephath
Widow Woman, Tested by God

The widow stopped, turned around, and looked at him in surprise. The widow answered Elijah, “As the Lord your God lives, I do not have bread, only a handful of flour in a bin, and a little oil in a jar; and see, I am gathering a couple of sticks that I may go in and prepare it for myself and my son, that we may eat it, and die.”

Elijah then said to her, “Do not fear; go and do as you have said, but make me a small cake from it first, and bring it to me; and afterward make some for yourself and your son. For thus says the Lord God of Israel: ‘The bin of flour shall not be used up, nor shall the jar of oil run dry, until the day the Lord sends rain on the earth.’”

Considering this scenario from the story of Elijah in the Bible, think of what your response would be. There is such a horrible famine in your country, that very few people have any food left, especially the poor. You are down to the very last of your flour and oil, but you think there is enough for one more meal for your son and you. Then a stranger (we don't recognize this stranger as Elijah from the Bible) came up to you and asked you for food. You explained to him that you only had enough left for you and your son before you both died of hunger. Still he told you to make it for him first, explaining that God would then provide food for you and your son until the famine was over. How strong is your faith? I’m not sure I could have been as strong as this woman. Let’s find out what the widow of Zerephath did.

Elijah and Widow of Zarephath
Widow Woman, Fed by God

The Bible tells us that the widow woman went away and did exactly what Elijah had asked her to do; she took the last of her flour and oil and made a cake for Elijah to eat.

Here is what happened; “She and her household ate for many days. The bin of flour was not used up, nor did the jar of oil run dry, according to the word of the Lord which He spoke by Elijah.”

Elijah and Widow of Zarephath
You and I, saved by God

What an amazing widow woman of great faith. Even in the most dire of circumstances, she put her faith in God above the cruelties of her situation; and Elijah in the Bible demonstrated his great faith by never questioning God.

What is the reality in our life today? God is God; He alone watches over us and cares for us. Read these two verses from the Bible.

But the salvation of the righteous is from the Lord; He is their strength in the time of trouble, and the Lord shall help them and deliver them. He shall deliver them from the wicked, and save them, because they trust in Him. Psalm 37:39-40.

Look at the birds of the air: they neither sow nor reap nor gather into barns, and yet your heavenly Father feeds them. Are you not of more value than they? Matthew 6:26

Our faith today should be no less than that of the widow woman. Pray that God will give you the faith to live mightily for Him in front your family, friends, and co-workers. We cannot generate or will that faith to be in us. All things, even our faith in believing the Bible, comes from God.

Elijah and Widow of Zarephath