Deborah in the Bible 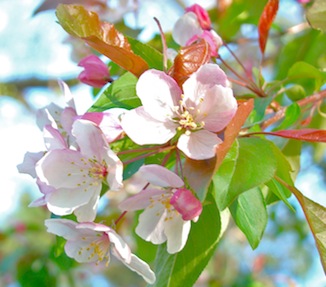 The Story of Deborah in the Bible

In the time of this story, Deborah in the Bible, times were tough in Israel. The Israelites went through great periods of rejecting God, God selling them over to their surrounding enemies, repentance of Israel, and recovery by judges appointed by God, and then rejecting God again; and so the cycle continued. Among the many judges who ruled over the Israelites at that time, we learn about the judge, Deborah, who with the help of another woman was able to bring a great victory for God’s people. She was Deborah prophetess Bible woman and judge.How would you like that for a job description?

In the days of Shamgar, son of Anath, in the days of Jael. The highways were deserted, and the travelers walked along the byways. Village life ceased, it ceased in Israel, until I, Deborah, arose, arose a mother in Israel. They chose new gods; then there was war in the gates; not a shield or spear was seen among forty thousand in Israel. My heart is with the rulers of Israel who offered themselves willingly with the people. Bless the Lord! . . . The Lord came down for me against the mighty. . . . Thus let all Your enemies perish, O Lord! But let those who love Him be like the sun when it comes out in full strength.
The Story of Deborah in the Bible - excerpts from Judges 5, NKJV
The song of Deborah and Barak

Deborah in the Bible
Jabin

The people of Israel did evil against the Lord, and God sold them into the hand of Jabin, king of Canaan. Through the commander of his army, Sisera, Jabin oppressed the people of Israel cruelly for twenty years. The situation seemed hopeless, as Jabin’s army, with 900 chariots of iron was too strong for the feeble army of Israel. With all hope of freeing themselves from the iron thumb of Jabin, the Israelites repented and called out to God for help.

Unfortunately, that sounds so much like us, doesn’t it? Life seems just fine; we’re Christians but we don’t let that interfere with our every day life; but, when the Lord rains troubles upon us, we repent of our apathy. Suddenly, it is more important to serve God than to continue to dabble in the pleasures the world offers us.

Deborah in the Bible
Deborah

Deborah, the prophetess, was judging Israel at that time. She would sit under a palm tree, and the people would come to her for judgment. What an amazing woman; she trusted God completely and was not afraid to act upon that trust, even at the threat of her own life.

Deborah in the Bible is a wonderful inspiration to us. Because we are women, we are not a lesser person in the eyes of God. As Godly women we must rule the sphere that God puts us in with total trust in Him. We may be single, married, mothers, professionals, grandmothers, retirees, and much more, but first and foremost, we must be Godly women, totally trusting in Christ as our Lord and Savior. Our faithfulness should be evident in whatever we do.

Deborah in the Bible
Barak

When God revealed His plan for overcoming the army of Jabin, Deborah sent for Barak, the commander of Israel’s army, and recounted the message from the Lord. The people of Israel were to prepare for battle against the Canaanites. God would then draw out Sisera, the general of Jabin’s army to meet Israel’s army with his chariots and troops, and would give victory to the army of Israel. Barak, being unsure of the plan refused to go alone. “If you will go with me,” he said to Deborah, “I will go, but if you will not go with me, I will not go.”

All right, now you know God has a sense of humor; this is one of my favorite places in the Bible. I don't think you'll see a movie, however, where a man refuses to go into battle until a woman goes with him.

Deborah in the Bible, who trusted implicitly in God, agreed to go, but stated that because he would not go alone, even though Israel would defeat their enemies, the glory would not go to Jabin. The Lord would, instead, give Sisera into the hands of a woman.

Deborah in the Bible
Sisera

Sisera, hearing that Barak was mounting an attack against him at Mt. Tabor, called out his entire army to face the Israelites. With his 900 chariots of iron and the strength of his fearless army, this would be an easy victory.

Sisera, however, did not know that he was really fighting against God. Deborah looked at Barak and said, “Up! For this is the day in which the Lord has given Sisera into your hand. Does not the Lord go out before you?”

Barak, with 10,000 men charged against the mighty army of Jabin. As He promised, the Lord fought for Israel and gave victory to the army of Barak. Seeing the hopelessness of the situation he was in, Sisera got down from his chariot and fled on foot.

Barak continued to pursue the chariots of Jabin’s army and all of the army of Sisera fell by the edge of the sword; not a man was left.

Deborah in the Bible
Jael

The Kenites, relatives of Moses’ father-in-law, were at peace with both the Canaanites and the Israelites. Seeing the tent of Jael, the wife of Heber the Kenite, Jabin ran there to hide from Barak. Jael came out to meet Sisera and said to him, “Come into my tent quickly, and I will hide you.” After giving him some milk to drink, Jael covered Sisera with a rug. “Stand at the door of the tent,” Sisera commanded, “If any man comes in pursuit of me, tell him that I’m not here.”

Soon, Sisera was fast asleep. Jael, the wife of Heber, crept quietly over to Sisera with a tent peg and hammer in her hands, and drove the peg into his temple killing him instantly.

On that day God subdued Jabin the king of Canaan before the people of Israel, and killed Sisera, the commander of their army at the hands of a woman, and the land of Israel had rest for forty years.

Deborah in the Bible
God is our Might and Strength

What a Mighty God we have. This God of Israel is the same God yesterday, today and forever. Pray to God that you would have the complete faith and trust in God as evidenced by Deborah in the Bible.

Sometimes we seem to distance ourselves from the Old Testament Bible and Deborah in thinking that somehow God works differently in our modern culture. What a tool of Satan, to try to discredit and destroy our faith! God is God; He never changes. In 1 Corinthians 12:9-10 Paul tells us that God said to him, My grace is sufficient for you, for My strength is made perfect in weakness. Paul then, concludes with these words, For when I am weak, then I am strong.

That is God’s message to us. We do not have to first become strong to work for God. Just as God gave a great victory for the Israelites through the hands of Deborah in the Bible and Jael, the Kenite. He will give that same victory to us in the battles we face each day. It is never by our strength that we overcome the hurdles of life, but only God’s strength as He works through us. For when I am weak, then I am strong.

As you go about your duties today, think of Deborah. Go out today and be strong for God!

Deborah in the Bible