Abigail from the Bible 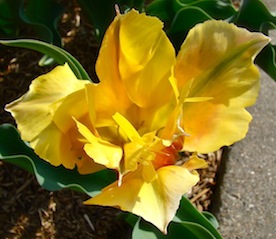 Abigail from the Bible, was the wife of, Nabal, a very wicked man, who thought only of himself. By her quick wisdom and generosity she not only saved her entire family from death, but was miraculously delivered from an evil husband, and given a Godly husband in his place.

Then David said to Abigail: “Blessed is the Lord God of Israel, who sent you this day to meet me! And blessed is your advice and blessed are you, because you have kept me this day from coming to bloodshed and from avenging myself with my own hand.

Then she arose, bowed her face to the earth, and said, “Here is your maidservant, a servant to wash the feet of the servants of my lord.” So Abigail rose in haste and rode on a donkey, attended by five of her maidens; and she followed the messengers of David, and became his wife. Abigail from the Bible

Abigail from the Bible
Beautiful Wife

Abigail was a very beautiful and wise woman who was married to Nabal, a harsh and evil man. Nabal was very prosperous, but he was also very selfish.

David and his men were traveling very near in the area where Nabal happened to be; he heard that Nabal was shearing his sheep. He sent ten young men to go to Carmel and speak to Nabal with these words: “Peace be to you, peace to your house, and peace to all that you have! Now I have heard that you have shearers. Your shepherds were with us, and we did not hurt them, nor was there anything missing from them all the while they were in Carmel. Ask your young men, and they will tell you. Therefore let my young men find favor in your eyes, for we come on a feast day. Please give whatever comes to your hand to your servants and to your son David.”

The young men went to Nabal and spoke the words commanded by David, but Nabal’s response was quite rude. “Who is David, and who is the son of Jesse? There are many servants nowadays who break away each one from his master. Shall I then take my bread and my water and my meat that I have killed for my shearers? And give it to men when I do not know where they are from?”

Needless to say, this was not the answer David expected to receive. It was true that he and his men had watched out for Nabal’s shepherds, keeping them safe, and not allowing anyone to steal the sheep. Normally, sharing food with your protectors would be considered the right thing to do, even if you had not asked for their help.

Abigail from the Bible
David, a Man of War

David was a man of war; he became very well known in the early days of King Saul’s reign for his success in battle. As a matter of fact, he was so successful that Saul’s jealousy forced David to flee from Saul to avoid being killed. For several years now, he had been running from Saul, and fighting with the Philistines, and he was not happy with Nabal’s answer. Immediately, he and 400 of his men made plans to destroy Nabal.

Abigail from the Bible
Abigail, a Wise Woman

A servant of Nabal quickly ran and told Abigail what had happened; she knew she must act quickly or all of them would be killed by morning. Abigail knew what needed to be done; she quickly took 200 loaves of bread, two skins of wine, five sheep already dressed, roasted grain, raisins, and 200 cakes of figs, and loaded them on donkeys.

“Go on before me”, she told her servants, “I am coming right after you.”

So it was that while she was riding her donkey, she came over a hill and as she was coming down on the other side, there was David and all of his men coming toward her. When Abigail saw David and his men, she immediately got off her donkey, and fell on her face before David, and bowed down to the ground.

Abigail from the Bible
Among the Virtuous Women in the Bible

“On me, my lord, on me let this iniquity be! And please let your maidservant speak in your ears, and hear the words of your maidservant. Please, let not my lord regard this scoundrel Nabal. For as his name is, so is he: Nabal is his name, and folly is with him! But I, your maidservant, did not see the young men of my lord whom you sent. Now therefore, my lord, as the Lord lives and as your soul lives, since the Lord has held you back from coming to bloodshed and from avenging yourself with your own hand, now then, let your enemies and those who seek harm for my lord be as Nabal. And now this present which your maidservant has brought to my lord, let it be given to the young men who follow my lord.” (The entire speech that Abigail from the Bible said to David is written in 1 Samuel 25:24-31)

Abigail was truly a wise woman. By her quick actions and her humble spirit in speaking to David, she was able to avert tragedy for her household.

Abigail from the Bible
Nabal Struck by God

Nabal had no idea what had transpired, as he was holding a feast in his house, and was very drunk. In the morning, however, Abigail told Nabal all of the things she had done. A strange thing happened next; the Bible says that when Abigail told Nabal these things, his heart died within him, and he became like stone. About ten days later the Lord struck Nabal, and he died.

What a reminder of how faithfully God watches over us, and that He will indeed give us justice when we are treated badly by wicked people around us.

Abigail from the Bible
Humble Wife of David

When David heard that Nabal had died, he rejoiced in the Lord that God had turned the wickedness of Nabal on his own head. He was so impressed by the beauty and wisdom of Abigail that he proposed to Abigail, to take her as his wife.

Listen to her response; not many of us would do this on our wedding day! She bowed on her face before David and said, “Here is your maidservant, a servant to wash the feet of the servants of my lord.”

The role of women in the Bible during Abigail's time was somewhat different from our Western culture, howeber in many ways the role of women is much the same. There is a very profound lesson that we wives need to take away from this from this story of Abigail from the Bible. We need to pray to God that he would keep us humble before our husbands. Marriage should never be a tug of war; how much calmer life would be if we would humble ourselves before the husband God has given us.

Abigail was married to a very wicked man, and yet her humility was very evident. She acted quickly to save her household from destruction, and then, when Nabal was sober, she told him everything she had done.

Our humility before our husbands should be evident whether he is a kind and loving husband, or a wicked man like Nabal. God saw the humility of Abigail, and the wickedness of Nabal. Remember, that wherever we are and whatever we are doing, God is watching over us, and He will honor our faithfulness to Him. He sees our Godly character, and He will reward His saints as He rewarded Abigail from the Bible.

Abigail from the Bible