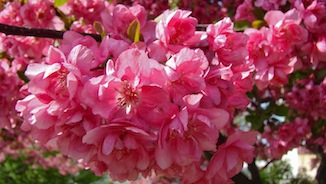 The Prayer of Hannah teaches us of Hannah's great faith and her powerful prayer, helping us to learn the proper way to approach and view our troubles and our adversaries, and how to take them to God in prayer.

So Hannah arose after they had finished eating and drinking in Shiloh. Now Eli the priest was sitting on the seat by the doorpost of the tabernacle of the LORD. 10 And she was in bitterness of soul, and prayed to the LORD and wept in anguish. 11 Then she made a vow and said, “O LORD of hosts, if You will indeed look on the affliction of Your maidservant and remember me, and not forget Your maidservant, but will give Your maidservant a male child, then I will give him to the LORD all the days of his life, and no razor shall come upon his head.”

Then they rose early in the morning and worshiped before the LORD, and returned and came to their house at Raman. And Elkanah knew Hannah his wife, and the LORD remembered her. 20 So it came to pass in the process of time that Hannah conceived and bore a son, and called his name Samuel, saying, “Because I have asked for him from the LORD.”

26 And she said, “O my lord! As your soul lives, my lord, I am the woman who stood by you here, praying to the LORD. 27 For this child I prayed, and the LORD has granted me my petition which I asked of Him. 28 Therefore I also have lent him to the LORD; as long as he lives he shall be lent to the LORD.” So they worshiped the LORD there.

Prayer of Hannah
Great Woman of the Bible

I love reading about this prayer of Hannah; what a wonderful encouragement to us all! I have "borrowed" this devotion from my website, Devotional Reflections from the Bible, with a few minor changes.

Hannah was one of the truly great women of the Bible. This Bible study teaches us of Hannah's great faith and her powerful prayer, helping us to learn the proper way to approach and view our troubles and our adversaries, and how to take them to God in prayer.

The story of the prayer of Hannah comes from 1 Samuel 1. If you are unfamiliar with this story, please take the time to read 1 Samuel 1 in your Bible. There are many free online Bibles available if you don't have a Bible at home. Hannah had a husband named Elkanah, a man from the tribe of Ephraim. Elkanah had two wives; (I see a problem coming already, don’t you?) Elkanah loved Hannah, but she was completely distraught because she had no children. To make matters worse, every time the family went to the yearly sacrifice at Shiloh, her adversary, Peninah, would taunt her because she was barren. Even though Elkanah gave a double portion of the sacrifice to Hannah and just a single portion to Peninah and each of her children, Peninah would taunt her because she still received more because she had so many children. This made Hannah so upset that she would not eat, and could not stop from crying.

The Prayer of Hannah
Hannah and Eli

Hannah was so distressed the next time they went to the sacrifice that she prayed to the Lord, and wept bitterly. O Lord of hosts, if you will indeed look on the affliction of your servant and remember me and not forget your servant, but will give to your servant a son, then I will give him to the Lord all the days of his life, and no razor shall touch his head.

She continued praying before the Lord, with her lips moving. Eli the priest, seeing her and thinking she was drunk, said, “How long will you go on being drunk? Put away your wine from you.”

Hannah answered, “No, my lord, I am a woman troubled in spirit. I have drunk neither wine nor strong drink, but I have been pouring out my soul before the Lord. Do not regard your servant as a worthless woman, for all along I have been speaking out of my great anxiety and vexation.” Now that Eli understood, he told her, “Go in peace and the God of Israel grant your petition that you have made to him.”

Feeling much better, she went her way and ate, and her face was no longer sad. God did answer Hannah’s prayer with a son, whom she named Samuel.

That is exactly what Hannah did when Samuel was weaned. She took him to the yearly sacrifice in Shiloh, and brought him to Eli and said, “Oh, my lord! As you live, my lord, I am the woman who was standing here in your presence, praying to the Lord. For this child I prayed, and the Lord has granted me my petition that I made to him. Therefore I have lent him to the Lord. As long as he lives, he is lent to the Lord.”

1 Samuel 2 relates the prayer of Hannah. It is well worth the time to read it, for it expresses her great faith in God.

Samuel stayed with Eli and ministered to the Lord, and God blessed Hannah with many more children. Each year, when she and her children would go to the yearly sacrifice, she would bring a new coat she had made for Samuel.

Samuel, as you probably know, became one of the greatest prophets in Israel.

Prayer of Hannah
Lessons to Learn

I always feel a great sense of awe and admiration for Hannah of the Bible. Very few women would have given their child to the Lord at a very young age, only to see him once a year. In our studies of women in the Bible, the story of the prayer of Hannah is a powerful example of the attitude we women should have toward the Lord. When Hannah was troubled, she took her problem to the Lord. I imagine Hannah prayed for a long time that God would bless her with children.

I have noticed that often, when we are speaking with another person about their troubles, we’ll say, “I don’t know how I can help, but I will pray for you.” Of course, that is the right thing to do, but how many times do you think of prayer as the last resort, because we were not able to help in a better way?

Prayer is the most important and powerful tool we have which allows us to speak directly to God and throw our troubles at His feet. Like we learn from the prayer of Hannah, become an ardent woman of prayer, understanding that all we are and can ever hope to be rests in the hands of God, who loves us and understands our deepest needs and greatest grief even before we think to ask Him for help.

Pray first, and then go and offer your help to those in need.